Jenn – We are Northeastern 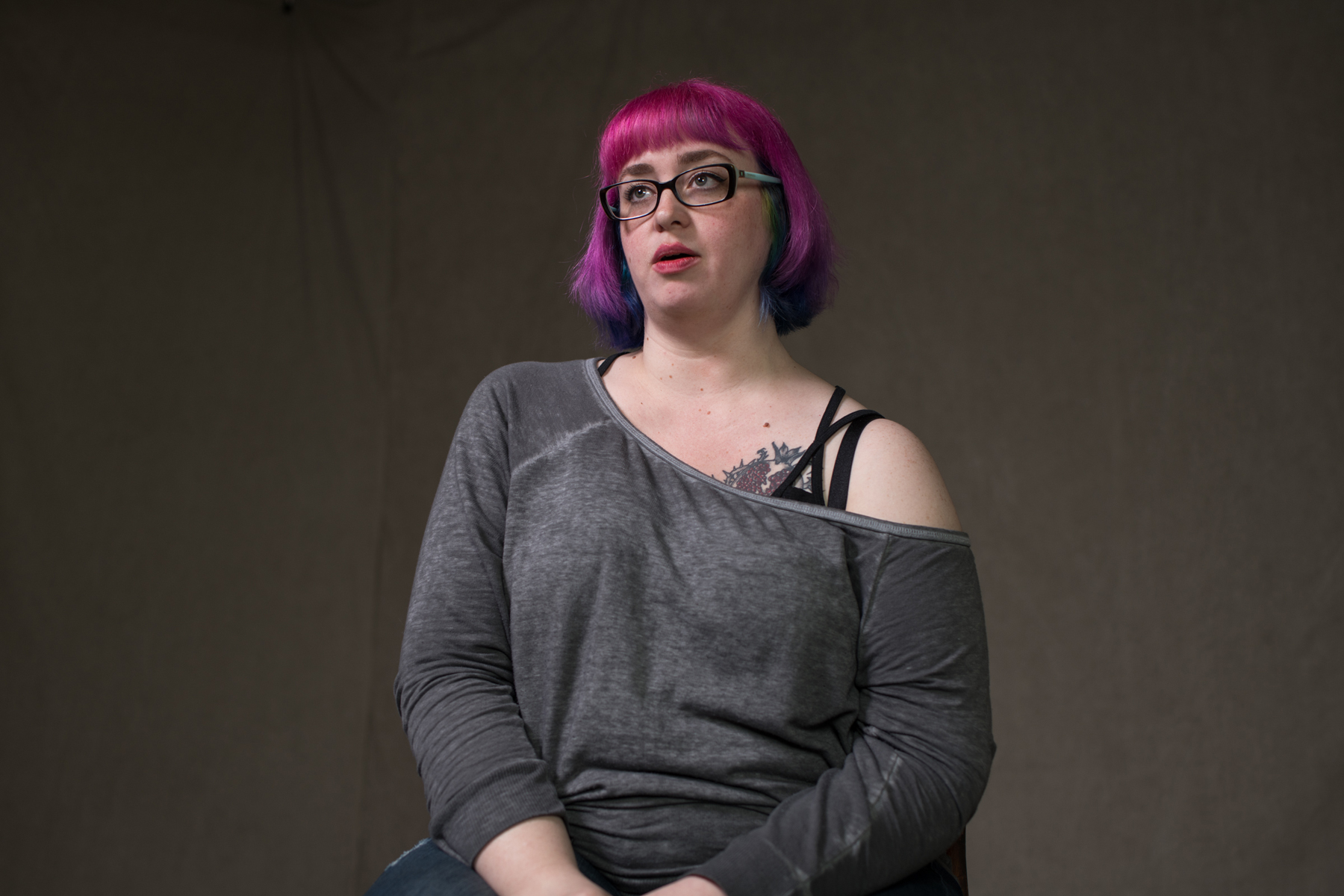 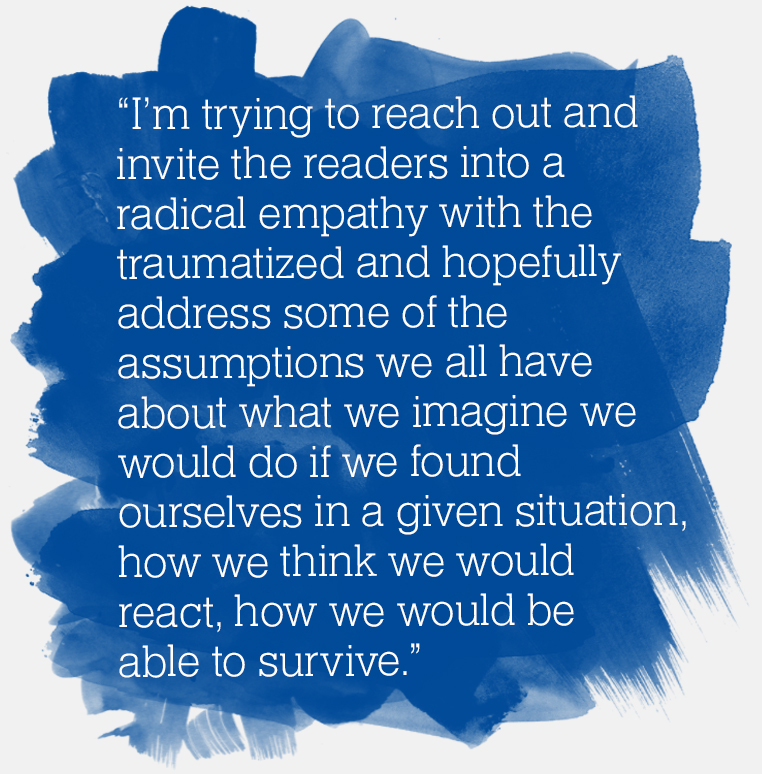 Can you help us understand the concept of radical empathy, which plays a big role in your writing?

For me, the idea of radical empathy in my writing started as a way for me to personally approach and access painful things that I wanted to write about but was having trouble grabbing onto. My work tends to be about sexual trauma and survivorship. So to write about that and have it not just be a list of horrors, I felt like I needed to try to see these things that other people did to me from more perspectives than just my own. So I started calling it radical empathy in my head because it was an attempt to empathize with people with whom I had no desire to empathize. I’ve been thinking about how to use experimental writing to create an experiential sense of trauma. I’m trying to use the writing to mimic some of the expressions of trauma—this sense of rupture and recursivity, looping and interruption, dissociation, the telescoping of being both very distant from an experience and also being unable to escape it. I think that there’s a breakdown between the traumatized and those who have, thankfully, never experienced this kind of trauma. I think I became hyper aware of this breakdown during the Kavanaugh hearings, but had already been thinking about it with the dawn of the #MeToo movement. I think this breakdown creates a space for some really harmful and dangerous assumptions to thrive. And I think that one of the things that literature does so well is foster empathy. I’m trying to reach out and invite the readers into a radical empathy with the traumatized and hopefully address some of the assumptions we all have about what we imagine we would do if we found ourselves in a given situation, how we think we would react, how we would be able to survive.

You’ve taken a long path through school. What was it about NEIU that allowed you to not only finish but achieve so with distinction?

My younger sister went to NEIU and graduated a few years before I began. Seeing her succeed and grow and make friends and have a wonderful time really inspired me and made me think that maybe I could go back and finish my degree. I think there is so much that is exceptional and special about the environment at NEIU. All of the instructors I had were so passionate about their subjects and their students—all so willing to sacrifice time and be so incredibly generous with their attention. I think the mix of students at NEIU is deeply important. The population exhibits such a broad range of experiences, cultures, ages, expressions of gender and sexuality—and I think, because of this range, maybe there are fewer assumptions about someone else’s experiences and identity and maybe people listen more and approach others in a more open way. 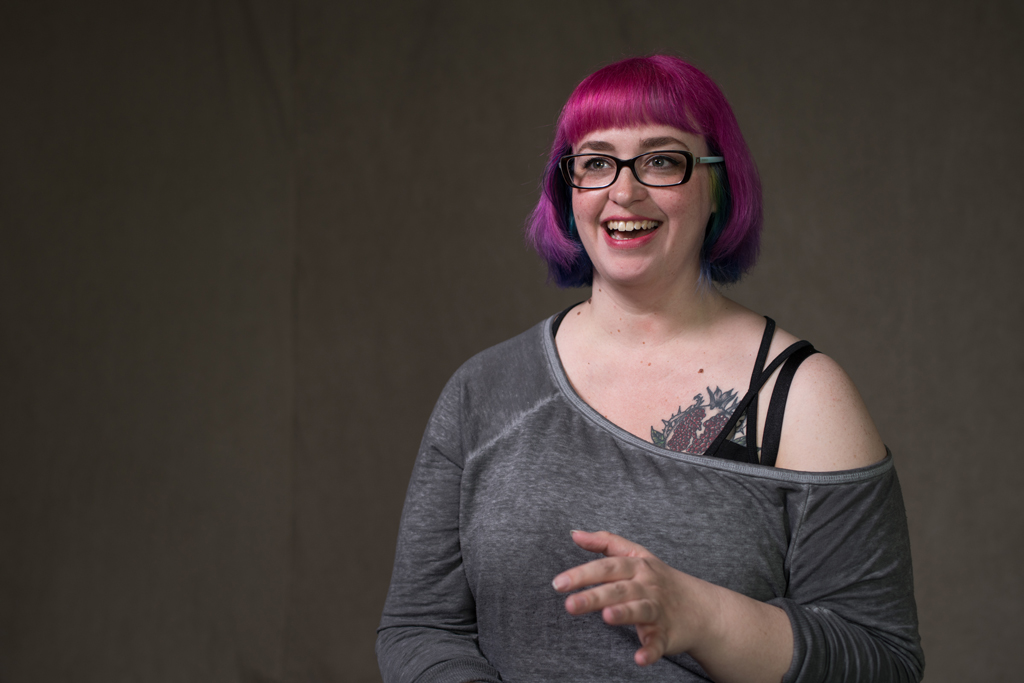 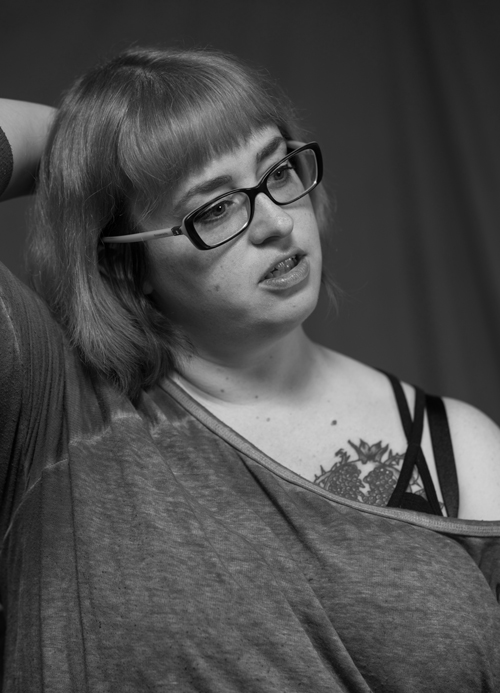 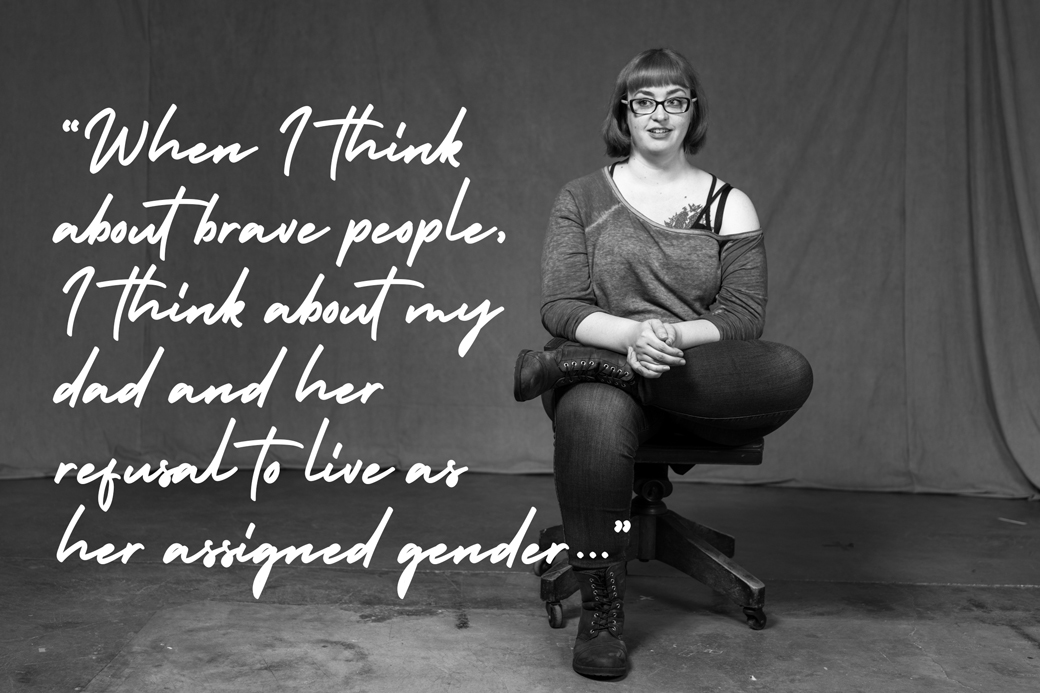 Could you define bravery and then give an example of how you or someone you look up to has exhibited it?

For me, bravery is about being honest with yourself. For a long time, I defined bravery as carrying on. I think a lot of our culture does define it in that way. You’re scared, but you do it anyway. You soldier on. But I think there’s a flip side to that where sometimes you’re trying to be brave and carry on down a path or in a situation that is harmful to you. In those instances, the brave thing to do, the necessary and often so scary thing to do is to stop. It takes a lot of courage and bravery to remove yourself from a situation that’s hurting you but is one to which you’ve grown accustomed or in which you’ve lived for a long time. So now my working definition of bravery is assessing your situation honestly, and then deciding what to do. I think the bravery comes before the action. For me, continuing on without thinking about or looking at what’s happening, just head down one foot in front of the other, that feels like avoidance to me (and is something that I’m definitely guilty of). I think the bravery is in the willingness to look, to really look, and to not ignore.

When I think about brave people, I think about my dad and her refusal to live as her assigned gender, I think about her telling her adult daughters, her brother, her mother, her extended family and all of these friends and business associates who had a very definite (and incorrect) idea of her life and identity, an idea constructed over decades of a relationship—I think of my dad sitting down with all of these people and risking these huge losses and how terrifying that must have been, but risking them because she had looked honestly at herself and her situation and came to the realization that something vital and deep about the way she had been living was wrong and she needed to stop and grow in a new direction. I can’t get over the bravery of that. I hope I never will. I hope I can be as brave as my dad. 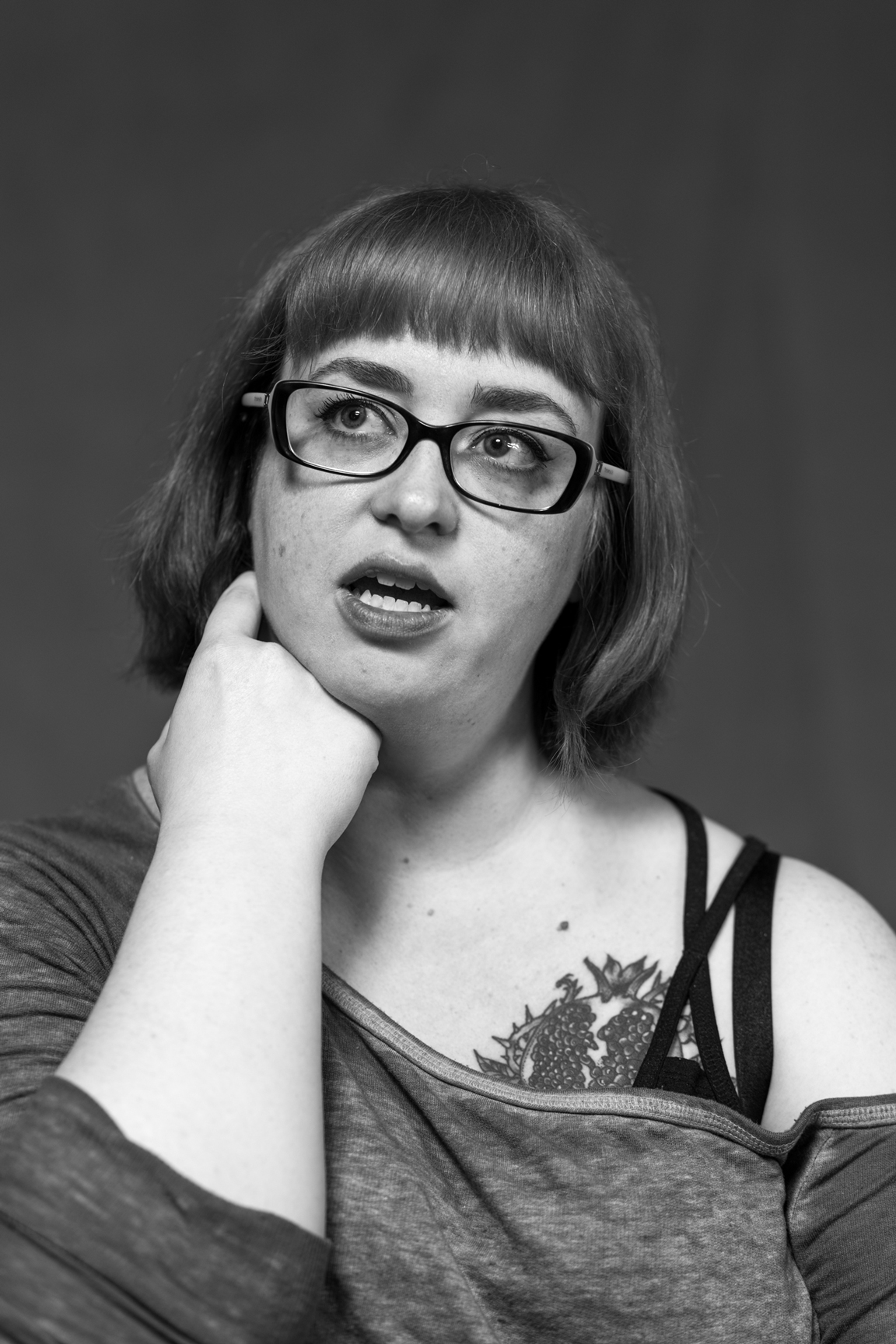